World Down Syndrome Day is a day set aside to raise awareness and educate the general public about Down syndrome and also advocate for the rights, inclusion, and well-being of people living with Down syndrome.

Causes of Down Syndrome

Down syndrome also known as Trisomy 21 is a condition or a syndrome, not a disease. Down syndrome is named for the English physician John Langdon Down, who characterized the condition, not because the individual with Down syndrome is characterized down in mental or intellectual abilities. In every cell in the human body there is a nucleus, where genetic materials are stored in genes. Genes carry the codes responsible for all inherited traits (from parent) and are grouped along rod-like structure called chromosome.

Typically, the nucleus of each cell contains 23 pairs of chromosomes, a pair of which is inherited from each parent. Down syndrome occurs when an individual has full or partial extra copy of chromosome 21 (i.e. 3 copies instead of 2 copies of chromosome 21). This additional genetic material alters the course of development and causes the characteristics associated with Down syndrome.

In 1959, the French physician Jerome Lejeune identified Down syndrome as a chromosomal condition. Instead of the usual 46 chromosomes present in each cell, Lejeune observed 47 in cells of individuals with Down syndrome. It was later determined that an extra partial or whole copy of chromosome 21 results in the characteristics associated with Down syndrome.

Types of Down Syndrome

Characteristics associated with Down Syndrome

Physical: a few of the common physical traits of Down syndrome are low muscle tone, small stature, an upward slant to the eyes, a slightly flattened facial profile and a single deep crease across the center of the palm. In some cases it may include: a protruding tongue due to a small mouth and relatively large tongue, these airway changes lead to obstructive sleep apnea in around half of those with Down syndrome. Other common features include: a short neck, excessive joint flexibility, extra space between big toe and second toe, abnormal patterns on the fingertips and short fingers. Instability of the atlantoaxial joint occurs in about 20% and may lead to spinal cord injury in 1–2%.

Increased risk of a number of health problems: they might include; vision disorders such as strabismus, cataracts, keratoconus, glaucoma (increase eye pressure), brushfield spots always resulting to the use of glasses or contacts. Hearing disorders such as obstruction of the outer ear canal resulting to the accumulation of ear wax which will cause hear loss, chronic ear infections, acute otitis media (AOM) and otitis media with effusion (OME). Others include; Congenital heart disease, increased risk of cancer derived from germ cells (testicular cancer, acute lymphoblastic leukemia and acute megakaryoblastic leukemia (AMKL), blood cancers and non-blood cancers), gastrointestinal disorder and lower rates of fertility in adults.

The first World Down Syndrome Day was held on 21 March 2006. The day and month were chosen to correspond with 21 and trisomy, respectively. 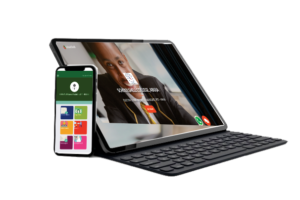 Click one of our representatives below to chat on WhatsApp or send us an email to info@schoolshell.com